How kids get into killer games every day

06/28/2009
There is something you should know about all this Amok runs and killing on public schools and children.”Only a Bad story is a good story” this is not from me but i think most TV and Print Journalist know it .The Last Amok killing on the German school in Winnende by an 17 Year old Boy wasn’t just a bad luck or a psycho kid that runs mad .Some tray to find some reasons for it.

He played some killer games like Counter Strike (http://www.counter-strike.com).So the question would be can a Game Kill or is a killing game influence a Jung mind in that way that he get forced to output his aggression in real world with a real gun on his school colleges ?

Before i answer this from my view as a gamer and Media maker .I can out my self as a Gamer played many of this ego shooter games some longer with passion and other just as a over view .Games are a big Industry and already stronger and with bigger budgets than some major Hollywood movies .Movies in the US get heavy sponsoring from the Army games probably too.
Some older games like Unreal Tournament Counter Strike or the hyper realistic Free Game Army (2002). A somehow crazy experience was my Gaming on Janes combat helicopter Game from Art Electronics .
It was a awesome games extremely difficult as the keyboard was about 3 times layered with all the functions .After i get on a problem and tray to find the Web Page of the Game .My First view on the page “Wow this is a freaky site with just realistic Photos of War Tools” , i ended up on a Page of a France Military supplier http://www.janes.com you can buy heavy arms for Boats and other military Gears .Just a Short notice was there that if you have question about the game go to Ars Electronica Game Web Page .The cheapest service was a Email service about terrorist activities worldwide for simple 10000.- $ a month .Believe me i was surprised.
A other game Army (http://www.americasarmy.com) is so hyper realistic that its even very hard to play its a game sponsored by the real US army to recruited potential Interested people , the one who like killing in Games also probably like killing or at least military actions in real live too.
Last but not least even Second life have Combat Sim where hyper realistic combat training where done (next to Nolan)too, their i had as a nope my first land and i get killed about 3 times a day in my little virtual garden .Any way even the real Austrian Police guy thought it extremely crazy the profiles and behaviour of the people gaming there ,where not just kids playing around real officers working on the Next generation warriors for Iraq Afghanistan or probably a Iran War.
That the Army also use high developed Combat simulators is nothing new ,some of them look not much different than Games like Second life with a better topo Engine and realistic Satellite Terrain Textures.
The Graphics for Virtual environment are high developed that there is not much difference to a real Photo video or visualisation of what is prohibited by law in Germany and many other European countries.
So you still think Games or extreme aggressive Movies cant Kill ? or make from a child with difficult background a Amok killer ?
Iam not against games iam just would like to see a better Protection of innocent children. Even when its a big money and Industry behind it .

(No Direct Links as i don’t like to promote the games.) 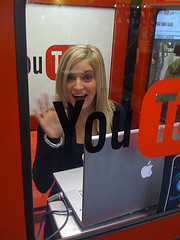 I think what the kids do and what they see contributes a lot to what will they become. The development of plenty bloody-like games is really tempting to young bloods. In fact, many high school students skip school or no longer play outdoor activities because of too much addiction to these games. Same as to actual crime, in way these bloody games also contributes to real life killings for teenage cases.