Cameraman Blog  is a community-powered blog and learning platform for filmmaker who want to expose more the world vision. Over 90,000 filmmaker had joined us in the last year. Add and curaterate content. Join us! The focus is on Entertaining and sharing the craft and art  of Filmmaking for Film Interested community’s . As a resource for Inspirational work of Creative Industries around the globe. Directors Cameraman  Director of Photography and People working in and around the Camera Department. Filmmaking was always a team work thats why we need you.  Help us  to spread creative filmmaking the more you like and share the more interesting Cinematographer and Artist will write and share Filmmaker Tips and share their insight knowledge with you. 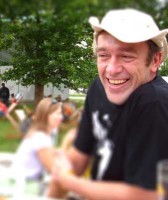 Founder Amir Esmann is born in Zurich and growed up in Austria, lived for  5 years in Teheran. He always has been passionate about the convergence of media and technology. His first move into the Media TV Industry was 1989, early recognition in the Austrian Media with the Yugoslavian war reports followed by several International Awards like Golden Rose of Montreux in Arts category. His engagement for Human Rights lead him to work often for  International NGO Documentary Projects and Global corporates around the globe. Amir learned how to light feature films from Richard Kline (King Kong, Star Trek ). For several years he has been working for Channels like BBC, VIVA, MTV music channels for Pop promotions and Commercial Film Producers his work is dominated by strange angles and fancy camera operating style alwise in mind the Audience. Amir has been awarded several times for his light- and digital camerawork.

The Camera Department has been founded 2001 to bundle creative force in Central Europe Austria. As result we worked for International Artist on Promotions directly some shooting for Whitney Huston, Jean Paul Gaultier,  and Billy Joel.  Base is in Vienna but  work is nearly  all over the world.

Metaprime Studio was founded 2006 as the Digital Department for projects to support and extend The Camera Department and his Partners in digital distribution and grow.  Metaprime Studio is a developer Framework for  Visual Video and Photo Tools Apps it consult in Social Media, Web Projects Media and Broadcaster related needs .