How We Met Samsung Viral

Short film directed by Jake Lunt, made on Samsung G800 Mobile Camera. These short viral video impressed as it shows in a very sweet way painting on Skin how you could make a fascinating movie with just a ordinary camera from a mobile with  stop frame shots. Its not the size nor the pixel of your film or photo camera its all about creativity and imagination of a new fresh idea for your movie. Many realise that already and gain there own audience on youtube . Some brands catch up the talents and use it for viral commercials like in these case or just call it user generated Adverts.  Watch the movie bellow and share it with your creative friends when you like it . 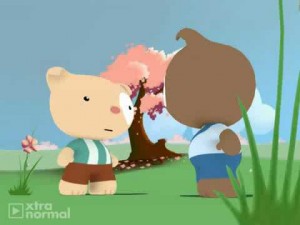 I need my Super Technocrane …

I need my Super Technocrane …

Amir spent the first 20 years of his career in the TV and Media world as DoP and producer. Currently, he combines his content marketing savvy and storytelling know-how to develop full cycle media solutions from concept to delivery with an emphasis on web app development community building and media creation.