How you start in the Cameraman Business these lovely animation shows a very true story how easy humanity get lost even when the camera is not real. Just have in mind when you stay next time behind it and have to film some tragedy  story. Its your eye  and art who show in first place how the story get told and how you get real emotions out of your shooting to the audience.

I can view these animation several times these Art TV Experiment could teach every small and big child how care you should take by handling media with some focus on humanity either than the Hot Story . TV Craziness some times change the way we behave doesn’t matter if its a opera ball in Vienna or a live report in Egypt. Good camera work includes a artist some times tv journalist forget about these.

They are several ways but one of the best storys i heard was from a german directing producer he jump into the bisness very unusual. Once he had the chance to get on a TV Production as a runner at the end of the day he asked if he could make a picture in front of the Airplane they shooting. He put the camera on the left shoulder, the wrong side for a camera, the left shoulder . With that picture and a email he apply for a Job as Cameraman on several German TV Broadcaster . Three of them invited him to start . Finally he chose the Bayerisches Fernsehen BR ,not a local TV Station a major government owned TV huge Network in Germany, at that time he even don’t know where to power up the camera .He got a first test month and the first 2 weeks was  just horrible as not one of his reports  was in anyway useful for the boadcaster , after the second week at least some how they can use the footage . Finally he stay  there for 3 years as a cameraman before he turned on his own company and work as a Directing Producer .

I enjoy very much the work with him as he was one of the Director who never look into the monitor on the set. He knows how it looks thru the camera as soon he see where i place my tripod and Lens.

How you become a cameraman ? Would be nice to read your story 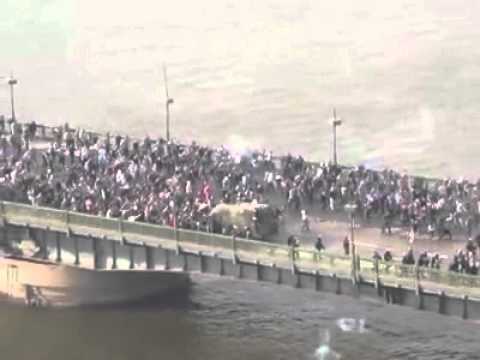